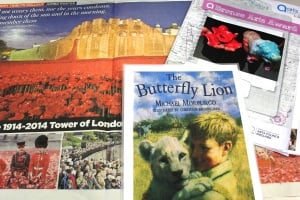 Did you know that Arts Award is part of the First World War Centenary Partnership, led by the Imperial War Museum? Young people who take inspiration for their Arts Awards from the centenary commemorations can receive a First World War special edition certificate. It's a great way to accredit the creative projects young people are doing to commemorate the centenary.  Lots of centres have already incorporated Arts Award into projects, including Gunnersbury Park Museum and St Mary Magdelene Primary School:

A splendid morning at WW1 reenactment in Peckham with local school pupils working towards @ArtsAward#PeckhamWarhorsepic.twitter.com/RpjXk9FHhm 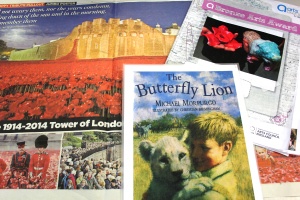 Today we want to tell you about Carre’s Grammar School in Sleaford, whose students were inspired by the poppies installation at the Tower of London and by Michael Morpurgo’s The Butterfly Lion. The cross-curricular project incorporated History, English Literature and a range of art forms, using Arts Award to tie everything together and accredit the student’s work. 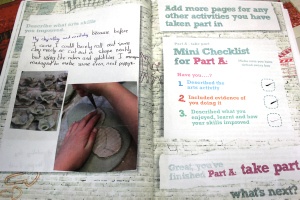 The school invited a local primary school along to a ‘Poppy Picnic’ organised by a Gold student. Bronze students led workshops for primary school pupils, including creating a poppy mosaic and making clay poppies in the style of Paul Cummins. Lots of students also chose Cummins as their Arts Inspiration. 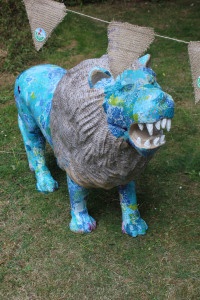 ronze students also undertook a variety of other activities the school had provided as part of the First World War centenary commemorations. This included a remembrance concert and a ‘Butterfly Lion’ Primary Art Day inspired by the Michael Morpurgo story of the same name, about a young soldier in the First World War. Students took part in and led ‘Decopatch’ workshops, creating their own ‘Butterfly Lions’. Many went on to use Michael Morpurgo as their Arts Inspiration, and some used him in Part B (explore the arts as an audience member) if they had seen adaptations of his work – War Horse - on screen or stage.

If you’re running a First World War Centenary project and are interested in using Arts Award to accredit it, find out more about how to get involved at www.artsaward.org.uk/firstworldwar 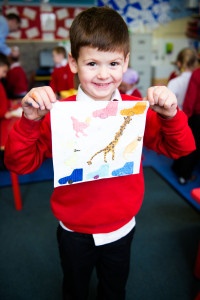