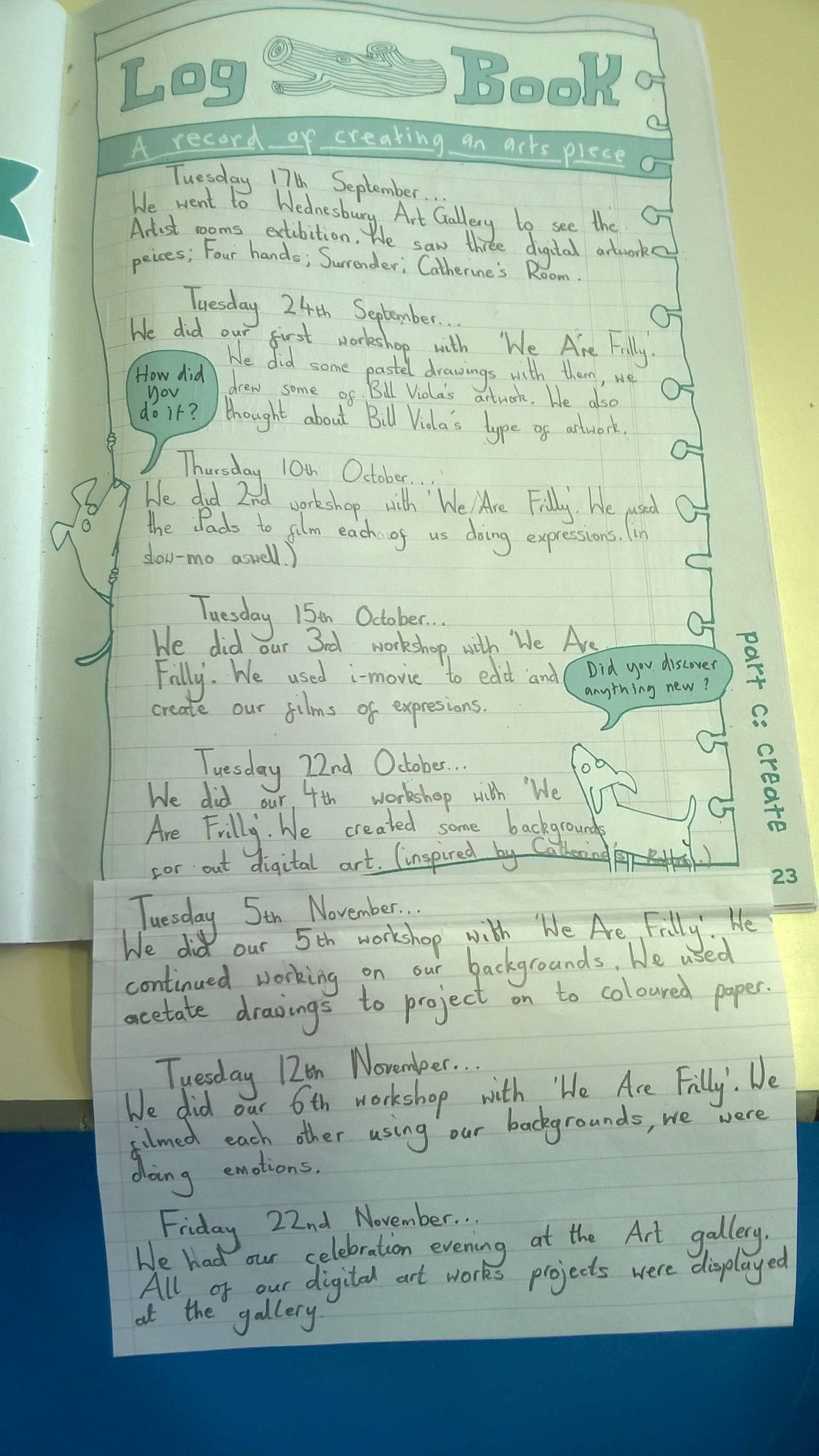 Moorlands is a primary school in West Bromwich. The school offers a wide range of art forms to pupils; from music and dance, to creative writing and digital arts.

Now in its third year delivering Arts Award, the school offers Arts Award Explore to upper Key Stage 2 pupils, which has resulted in 26 pupils successfully achieving the award to date.

From Year 2 to Year 6, all pupils learn to play a musical instrument as part of the music curriculum and perform together as a school ensemble called 'The Treble Makers'. Advisers at Moorlands Primary School believe that Arts Award enables pupils to have confidence in exploring a range of art forms and so they take a cross curricular approach to delivering the award.

The school’s first Arts Award project allowed pupils the opportunity to explore the use of film and new media to create video art. A second project made a link between the arts and local historical landmarks. Working alongside a partner secondary school, Birmingham Hippodrome Theatre and Bridge Arts, pupils considered how to bring places to life through the arts and created their own song and film.

Part A: inspire. Pupils began by visiting Wednesbury Museum and Art Gallery to view the Bill Viola video installations and to find out more about the type of art that he makes. This was followed by a series of four workshops with participatory artists We Are Frilly. Pupils reflected on what they had seen at the gallery by recording with their own drawings, before experimenting with their own short video pieces which were recorded using ipads.

Part B: explore. Pupils recorded what they had found out about the artist Bill Viola from their visit to the gallery and the workshops. They researched information about some of the organisations involved in the project: Wednesbury Museum and Art Gallery, We Are Frilly and Tate.

Part C: create. Pupils extended what they had learnt in the film workshops by creating new backgrounds for their films using a projector and drawings on acetate sheets and chose a series of emotions to portray for their film piece. Their evidence was a mixture of written evidence in log books and photographs taken as pupils were creating their pieces.

Part D: present. A celebration evening was held at Wednesbury Museum and Art Gallery and the final video pieces from the project were displayed on screens alongside the Bill Viola exhibition. Pupils and parents were invited to attend. At school, pupils shared their final film pieces during an assembly and organised a special presentation session. They prepared an introductory talk, shared their log books and took feedback which was used as further evidence.

Funding and resources. Moorlands primary School is able to link with a wide range of artists and arts organisations through its local and regional arts hub groups. They give advisers the opportunity to develop high quality arts projects for pupils by working alongside the school in the planning and delivery of the project and offering funding and access to resources that they wouldn't otherwise have.

Both projects have been funded through the school’s arts networks. Moderation costs were covered by the school arts budget.

‘The pupils were delighted to receive their certificates in front of their parents and the rest of the school. It was also extremely useful to receive feedback from the moderator about what had been done well and areas which could be developed further. It has enabled me, second time round, to focus on trying to help pupils to think carefully about the quality and detail in their personal responses particularly when considering what has inspired them and when reflecting on the work they have done.’ - Jennifer Capella, Arts Subject Leader

During the latest Explore project, a pupil whose first language is not English and who receives learning intervention, developed significantly by contributing ideas, performing in front of others and taking a lead role. Because of his enthusiasm for the project, he was chosen to share the work from the project at celebration event with the local Bridge organisation, Arts Connect West Midlands.

‘During the Arts Award projects that we have taken part in so far, we have encouraged a wide range of pupils to engage with the arts. In creating and presenting their work - whether seeing their work displayed alongside the work of a well known artist or holding a film premiere for parents - pupils have gained a real confidence in their abilities to be creative, to experiment and to explore new media’. - Jennifer Capella, Arts Subject Leader.

‘The introduction of Arts Award at Moorlands has enhanced the already ‘Outstanding’ provision throughout the school by providing a structure to capture some of the children’s experiences. I believe that the award can provide an important stepping stone for children to develop into successful learners, confident individuals and responsible citizens. It also gives opportunities to develop the children’s talents and skills in the arts and enables pupils to achieve well. “Pupils are proud of their school and their accomplishments in the arts!” (Ofsted 2014)’. - Haydn Moss Head Teacher Moorlands Primary School. 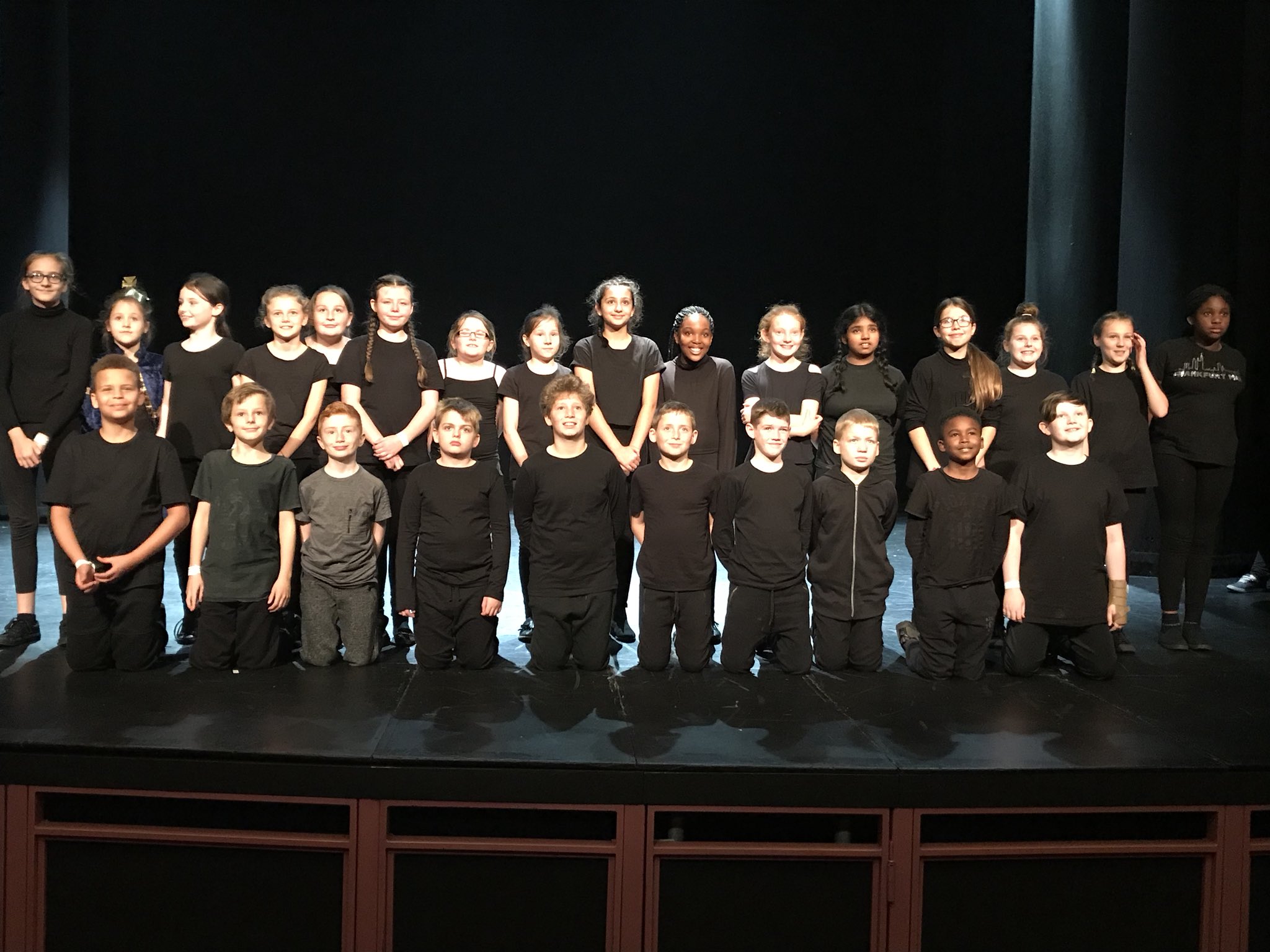 How Artsmark led one school to Arts Award 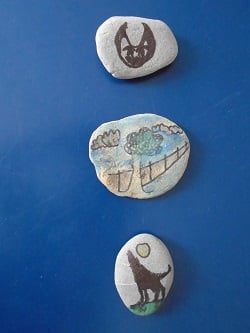