Yes We Can! Arts Award successes by young people with communication difficulties

This week’s blog is from Sarah Pain, an Arts Award adviser at Youth Arts Project - Brighton & Hove City Council, who are a Good Practice Centre for 2015-2016.

Working for the Youth Arts Project I have delivered Arts Award, at all five levels, with young people who have communication difficulties. The reasons for these difficulties vary widely: learning disabilities, physical impairment, mental health issues or limited literacy. Nevertheless these adolescents have been creative individuals, enjoying arts activities and exploration. It is evidencing this participation that can be a challenge. This blog will give examples of how such work can be evidenced.

Jess completed her Gold award; she also has learning disabilities, dyslexia and Scotopic Sensitivity. Jess’ Scotopic Sensitivity was actually pinpointed by the Youth Arts Project as she struggled to read on white paper. We tried out different coloured films to read through; blue significantly helped her to read and understand. For Unit 2, Jess led a number of mosaic sessions. To evidence her work we used a variety of techniques: dictation, discussions and bullet-pointing, voice-recording, copying text, testimonials and lots of photos. 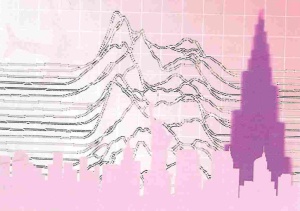 Ben is near completing his Silver award; he is also selectively mute. He struggles with most forms of communication and doesn’t use body language such as nodding. He writes very fluently but isn’t always confident to write in front of others. For Unit 1A/B he chose to learn collage. To come to this decision we used multiple-choice options and numbered via preference. This took a long time; patience was key. Giving him space to write also helped; I did something else in the room while he worked. A valuable exercise was using collage to look at how he felt about his recent past, present, and near future. It gave him a means of expressing the difficulties he had and I was pleasantly surprised about how positively he saw his future.

Harry has passed his Bronze award; he has severe physical disabilities and communicates via small physical movement. For Part A, Harry chose colours and materials via a personalised Picture Exchange Communication System (PECS) book, expressing his choices via an arm movement or eye-blink. He can hold a paintbrush with support but also chooses where he wants colours on a page and a support worker can follow his instructions. Photos and PECS statements were used as evidence. Staff also described what Harry had done during the art session.

Vicky has passed her Bronze award; she also has learning disabilities and is blind. For part C she chose an author of textured books, she described what she liked and we then did research. This was read out to Vicky and she chose the most interesting bits. 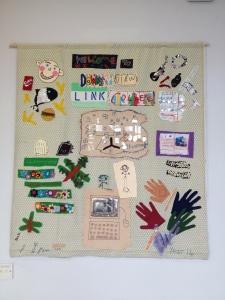 She typed these thoughts and facts in Braille and a support worker transcribed them so they were accessible to the moderator. For Part A, textured materials were available so she could then compose her art via touch.

Advice for other centres

The biggest challenge within this work has been the time and support it has taken to facilitate these awards.  Patience is also important as if someone struggles to communicate, they often communicate slowly; this doesn’t mean they have no opinions. Attention span can also be a problem, meaning that little and often is sometimes best working practice. These factors combine to mean that the awards can take significant completion time.

Young people’s names have been changed for confidentiality