Youth engagement as a driver for future arts participation

If you hold a strategic role in an arts organisation, then increasing and maintaining audience levels will be high on your list of priorities. But where should you be directing your efforts and how do you know that what you are doing now will pay dividends in the future? In this post, we make the case for youth engagement as a key part of any strategy for growing and sustaining your audience. We’ve taken key findings from research and surveys to bring you this summary, complete with practical tips for how you can encourage more young people to engage with your organisation now and in the future.

Exposure to arts activities during childhood and early adulthood is a strong predictor of adult participation in the arts, according to an early study by Orend. The study found that individuals who had socialisation experiences as children, had a higher level of participation as adults, than those without. According to Orend and Keegan’s later study, there are six types of socialisation experience, which are defined as follows: engaging in activities that make up the arts, formal learning, being exposed to the arts at home, participating in arts audience activities, being told that they should participate in the arts by a parent or teacher and being influenced by behaviour or pressure from peers. 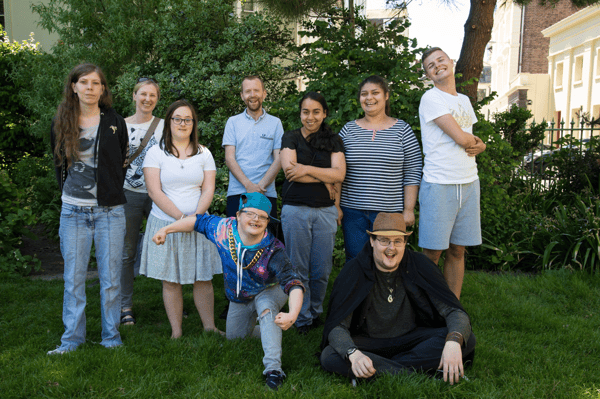 More recent findings from the Taking Part survey show that children who are encouraged to participate in arts activities and events as a child are more likely to get involved in similar activities as adults - even when other factors such as gender, ethnicity, class, income and social status are taken into account.

‘The study found that frequency of exposure had an impact on adult attendance. Those who attended arts events more frequently as children, were more likely to go to arts events as adults, than those who went less frequently or not at all as children. The survey found that 22% of respondents had attended arts events with their parents at least once annually when they were children.’ - Starting young? Links between childhood and adult participation in culture and science, Scottish Government

Other surveys and studies outside the UK have produced similar results; Creative New Zealand undertook a survey of 2099 adults which found childhood experiences of the arts to be significant predictors of adult attendance:

‘51% of adults who said that they were taken to arts events regularly as children attended arts events once a month or more as adults.’

Similarly to Orend and Keegan’s study, the Taking Part survey analysis suggests that engaging with the arts as a child helps them to learn patterns of expected behaviour - and that this in turn encourages future attendance and participation.

Creating opportunities for young people to engage with your organisation now will help to ensure healthy audience levels in the years to come. Offering a variety of activities and events will appeal to a wider audience, increase your reach and maintain a high level of interest and engagement. And, as the research suggests, the more frequently people engage with your organisation as children, the more likely they will be to come back as adults. Whatever provision you are making, you should also consider including parental support and engagement in your youth engagement strategy if you want to ensure maximum long-term impact.

Arts education, both in and outside the classroom, has the most significant impact on future arts participation according to Bergonzi and Smith. Their study looks specifically at the impact of arts education in school and the community. The findings show that those who had more arts education and exposure were more likely to attend performances in the future — in fact, the influence of arts education was about four times stronger than any other factor. Furthermore, over half of the differences in attendance associated with cost as a barrier were removed by considering differences in arts education, i.e: those who had an education influenced by the arts were more likely to attend and participate in the arts as adults, regardless of their ability to pay. Great news for anyone working in arts education!

Bergonzi and Smith’s findings also show that those who had received the most arts education were the highest consumers and creators of visual art, music, drama, dance and literature. And, although the same study also found that the higher a person’s socio-economic status, the more likely they were to participate in arts activities, at least half of the effect of socio-economic status could be attributed to differences in arts education.

Working with local schools will have a measurable and lasting impact on future participation and engagement with your organisation. But, as Bergonzi and Smith’s findings suggest, those with a higher socio-economic status will likely have access to a higher quality of arts education and therefore more exposure already. This is reinforced by A New Direction’s subsequent Cultural Capital survey which found that young people from low income background still have less engagement with every category of the arts and culture Working with schools where children’s future engagement is threatened by their current socio-economic status and families’ income will help to close the gap and have the most significant impact.

The impact of working with minority and low-income groups through schools can be reinforced by reaching out to the local community. Offering a reduced rate and child friendly entry times is a good start, but enriching this with learning experiences such as workshops and opportunities to meet artists, actors and writers will lead to engagement on a deeper level.

Variety and quality of experience

The more variety you can offer, the more future participants you are likely to engage. According to studies by Orend and Keegan, there was a higher level of participation among those who had experiences across a wider range of activities and artforms during childhood. Robson identifies that exposing children to more cultural activities gives them knowledge and familiarity which in turn makes it easier for them to incorporate these activities into their lives as adults. Research by Bamossy confirms this:

But quality is just as, if not more, important than quantity - and a bad experience could have a lasting negative impact on engagement. The Culture on Demand report tells us that experience appears to influence engagement. The report states that:

PLB Consulting’s review found that some adults do not access heritage sites “due to a residual feeling from childhood that museums, galleries, historic houses et al are dull and boring.” This reinforces the need to include parents in your youth engagement strategy - if parents have a deep-rooted resistance towards culture and heritage because of negative experiences as a child, then this could in turn be having a detrimental impact on the child’s perception.

If you want to keep them engaged, you’ll need to find out what your young audiences really want - and be prepared to act on it. Ask for feedback each time you run a new project, club or activity to see what resonates most with the young people you work with. Not asking for feedback could be a recipe for disaster - what if you’re unwittingly doing something that is putting people off? If you want young people to engage with your organisation then it stands to reason that you’ll need to extend the same courtesy.

If you’re looking for ideas on how you can make youth engagement work for your organisation, then you might find this resource useful. We’ve spoken to leaders in a variety of arts organisations about their youth engagement programmes. Here, they share the activities that they have found most effective when working with young people to encourage them to participate and engage with the arts, and which strategies have had the most impact on the size and diversity of their audiences.