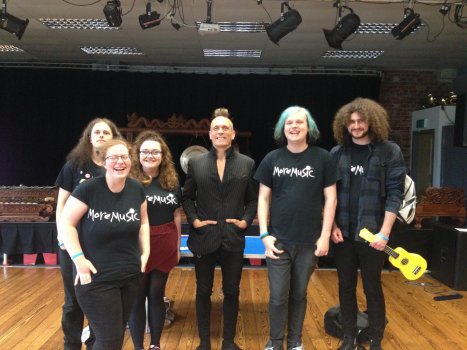 We are kicking off the first Arts Award blog post of 2017 by re-posting a great blog from the Youth Music Network written by Rachel Parsons at More Music who talks about how she embedded Arts Award across their youth music programme.

In January 2016 I was tasked with embedding Arts Award delivery across the whole of our youth music programme. The ultimate aim; that every young person we work with would have the opportunity to achieve an Arts Award. The challenge; actually putting this into practice and changing the way that we planned and delivered our sessions and projects so that the Arts Award was at the forefront of the initial planning process.

More Music has been delivering the Arts Award programme for the past 5 years. We have a team of music leaders who are trained advisers and have worked with over 200 young people to support them in achieving Discover, Bronze and Silver awards.

From past experience, Arts Award projects are most likely to fail in some way or another if the Award is tagged on to the end of  a project without much thought or planning. Evidence might be missing or lost, you won’t have the young people’s full names or dates of birth, the report sheets won’t be signed by young people who you have since lost contact with, sections will missing, partners might not fully understand the importance of collecting evidence… Factors like these lead to stressful moderations.

Having experienced all of the above, I feel I finally began to grasp delivery of Arts Award a year or so ago and since then have been developing strategies for the effective methods of delivery in my own practice as well as working with More Music’s wider delivery team to embed Arts Award delivery across all our youth music projects.

Again, this has been a challenge for various reasons and though the Arts Award may look straight forward enough to deliver in theory, actually putting it into practice and supporting young people from the start of their Arts Award journey through to completion is sometimes another matter.

There are many factors that stop young people coming to sessions mid project that are out of our control. However, we have found that the Arts Award also offers many young people an incentive and focus to attend sessions and the fact that it offers a nationally recognised qualification is an added bonus.

For music leaders and project managers, it provides an excellent scaffolding to structure projects around and in terms of outcomes, the Arts Award programme recognises and celebrates the achievements of young people for their individual musical progression whilst encouraging and evidencing the development of research, leadership and critical thinking skills.

Returning to More Music then, in January 2016 we began a trial run of a cyclic model of muti level Arts Award delivery with all projects working towards the focal point of an youth arts festival in July, which was organised by the young leaders as their final Gold Arts Award project.

The festival, named ‘This Ain’t a Scene’, was planned to fall in the same week as the national Arts Award week to celebrate their 10th birthday and aimed to provide a platform for young people’s voices to be heard through creativity whilst posing the question ‘can art change the world?’ 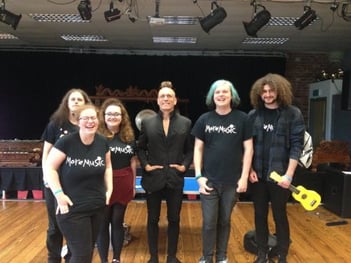 During the Spring and Summer term then, while young people who attended projects like Stages, Friday Night Project, Youth Orbit, Preston Young Leaders and Stages Fleetwood had the opportunity to complete a Bronze Arts Award and contribute to the album during their regular sessions, the Young Leaders team planned and organised all elements of the festival as part of their Gold and Silver Awards.

The festival featured masterclasses, debates, exhibitions and workshops; all of which had some kind of Arts Award focus and closed with an all day gig that provided young bands and musicians from across our youth music projects with the opportunity to showcase the material they had been working on over the past two terms. The ‘This Ain’t a Scene’ album was also released during the gig and can be listened to here.

2016/2017 sees this model in its second phase and informed with a whole heap of learning from last years project. We have many things to consider including; the timing of the festival, marketing, promotion, audience development and streamlining our Arts Award delivery. However, on reflection I feel that collective planning for the year ahead, partnership work and having the main focal point of a festival could led to an even bigger and better Arts Award festival next year.

For more information check out the More Music website and the Youth Music Network. 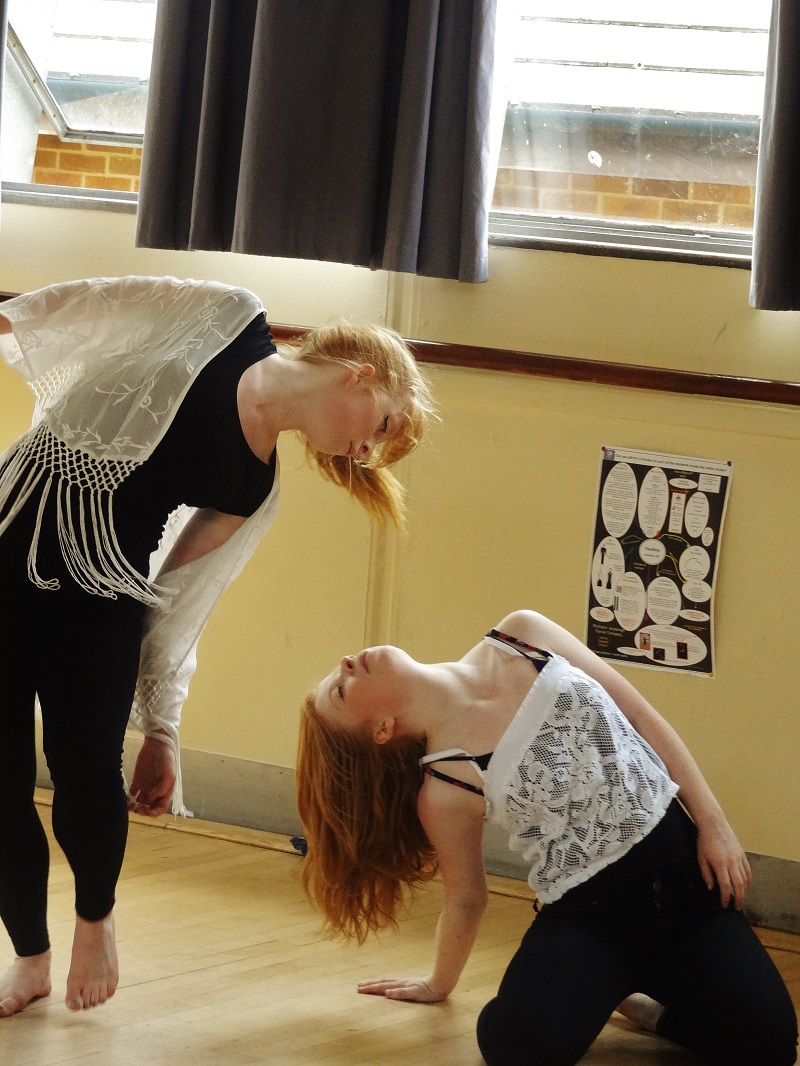 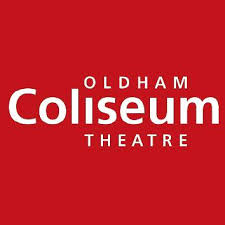 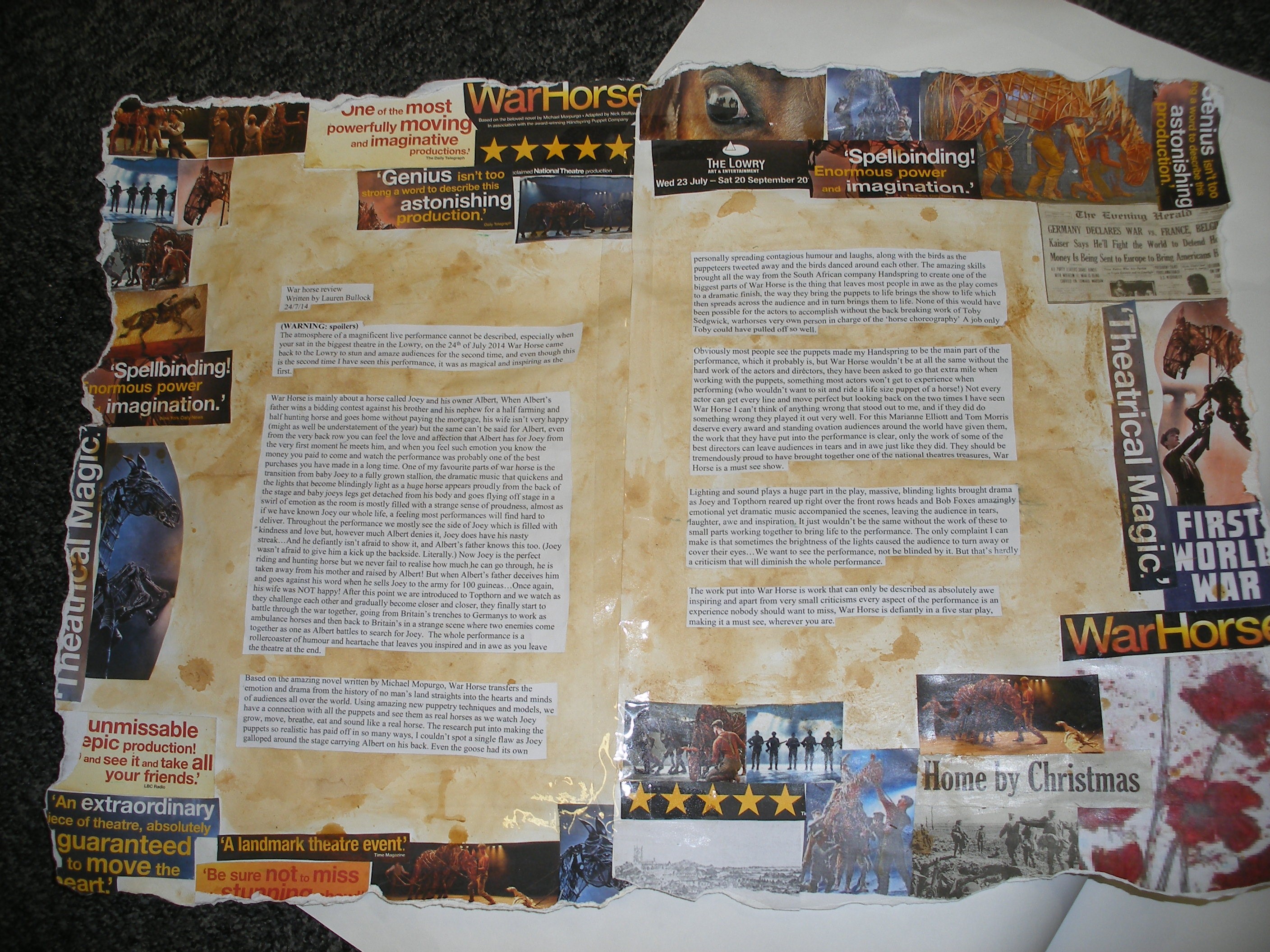