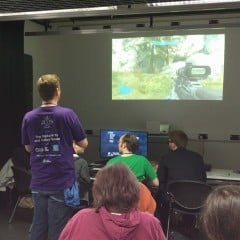 In today’s blog, Eddie and Max from EK Theater along Arts Award team member Shaun share their experience of the workshop they delivered at Mozfest as part of Arts Award’s Digital Arts and Culture Space. They show us how effectively video gaming can be adapted into an arts activity, making cross curricular links into literature and drama too.

EK Theater is a company made entirely of students led by teacher Eddie that specialises in video game puppetry.  Their demo and workshop at Mozfest immersed participants in Greek mythology through the medium of an Xbox video game.

I went to a tech festival to tell a 2000 year old story. With a team of talented volunteers we led workshops in a performance of “The Story of Niobe” from Ovid’s Metamorphoses using the video game Halo: Reach.

In the workshop, participants controlled video game puppets and spoke lines. In one session, a volunteer even took on the role of the sniper/camera, Apollo. In the end, each workshop session succeeded in telling Niobe’s story. 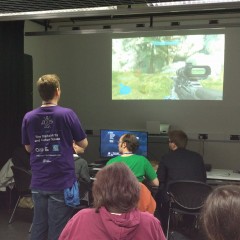 Why did I choose to share a story from Greek mythology?

Classics struggle to remain relevant in this age of Pokemon Go and Netflix. Harvard’s David Damrosch believes that we need “to foster a meaningful connection between older texts and newer media” in order for classics to survive. I founded EK Theater in 2007 to do just that, and we use video games as our medium of expression in this unique form of puppetry.

So how did we do it? In my case, I flew 3,500 miles with two Xbox 360 consoles and five controllers, and I did my part to keep a 2000-year old story alive for a little while longer.  My student Max was also part of that story:

’Though I am 15 years old, I have worked on Eddie’s video game performances for almost eight years. I did not know what to expect of MozFest. When I got there, I found an environment that encouraged creativity and discussion. I was introduced to many cool ideas, and, most of all, I met some interesting people.

In the workshops, participants worked with a team of volunteers to tell the “Niobe” story.Some had backgrounds in education. Some had backgrounds in tech. Some were gamers. I couldn't have had a better experience at the festival. I learned new things, I met some cool people, and we all came together to tell a killer story.’ 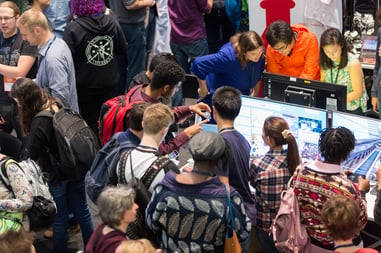 Shaun Smith from the Sector Support team Art Arts Award volunteered to get involved with the EK Theater workshop at Mozfest.  As a keen video gamer and actor, Shaun describes his experience:

'This was my first taste of Video Game Puppetry, the live format and natural evolution of a form of entertainment known as Machinema – the use of video game footage to tell a visual story. Xbox 360 allows multiple consoles to be linked together to allow as many as 16 players to play across up to 4 machines, EK Theater used this functionality to allow multiple volunteers and workshop participants to interact and act in a digital space. 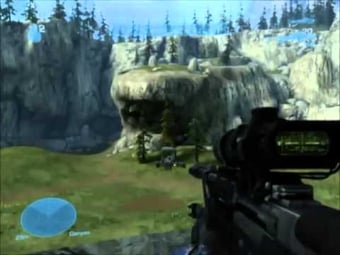 What struck me about the adaptation was how streamlined the stage directions were.  Eddie had written in a way that while one or two gamers were ‘acting’, another couple could read the lines, as the rest found their marks.  The use of a single machine as the ‘stage’ to provide a constant view-point meant that the audience could focus on the narrative, although they were welcome to watch over the shoulders of the gamers as they sped to their positions for the next scene.  It felt great to be a character traversing the virtual space of the arena to retell this ancient classic in an entirely modern format.

Eddie had planned the session so that the more experienced gamers would pull off the slightly trickier character’s deaths, and then the controllers would be handed over to brave audience members to move the others into their directed places.

Occasionally the game would throw out one of its pre-set announcements during the story, but for me this was one of the charming quirks of the video game puppetry – a bit like the visible strings at a puppet show or the glimpse of a stage hand in a blackout at live theatre.  I can’t wait to see what EK Theater develop next.’

If your centre is using digital technologies to complete your Arts Award, we’d love to hear from you! Email us, tweet us @ArtsAward, leave us a message on Facebook or in the comments below. 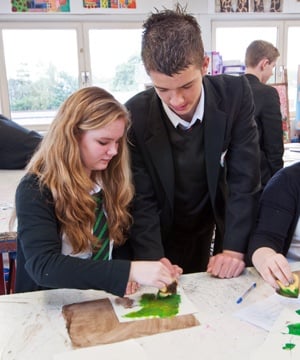 A Level and GCSE results – what opportunities can Arts Award provide? 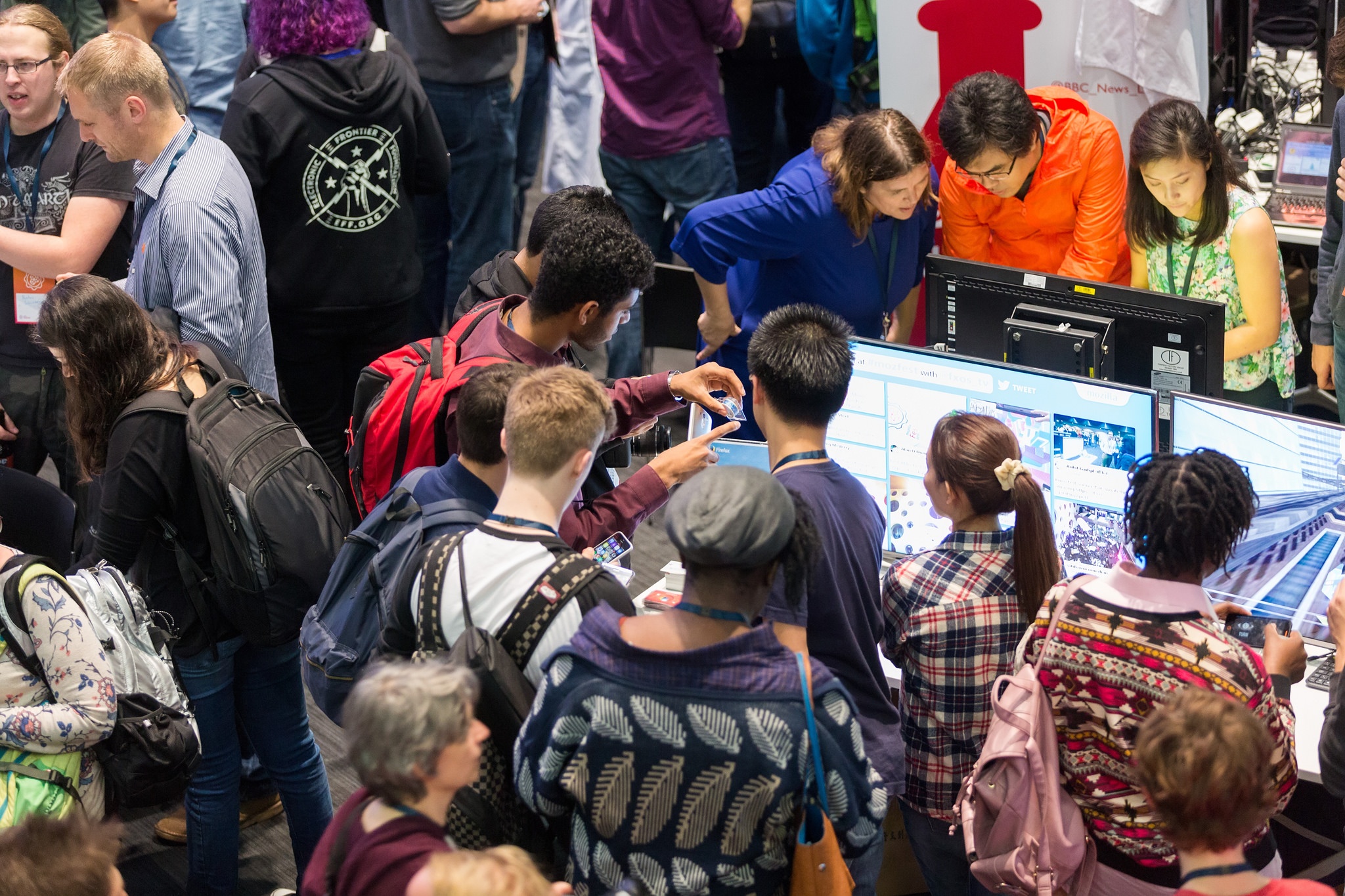 Web literacy, what’s it all about and how can Arts Award help? 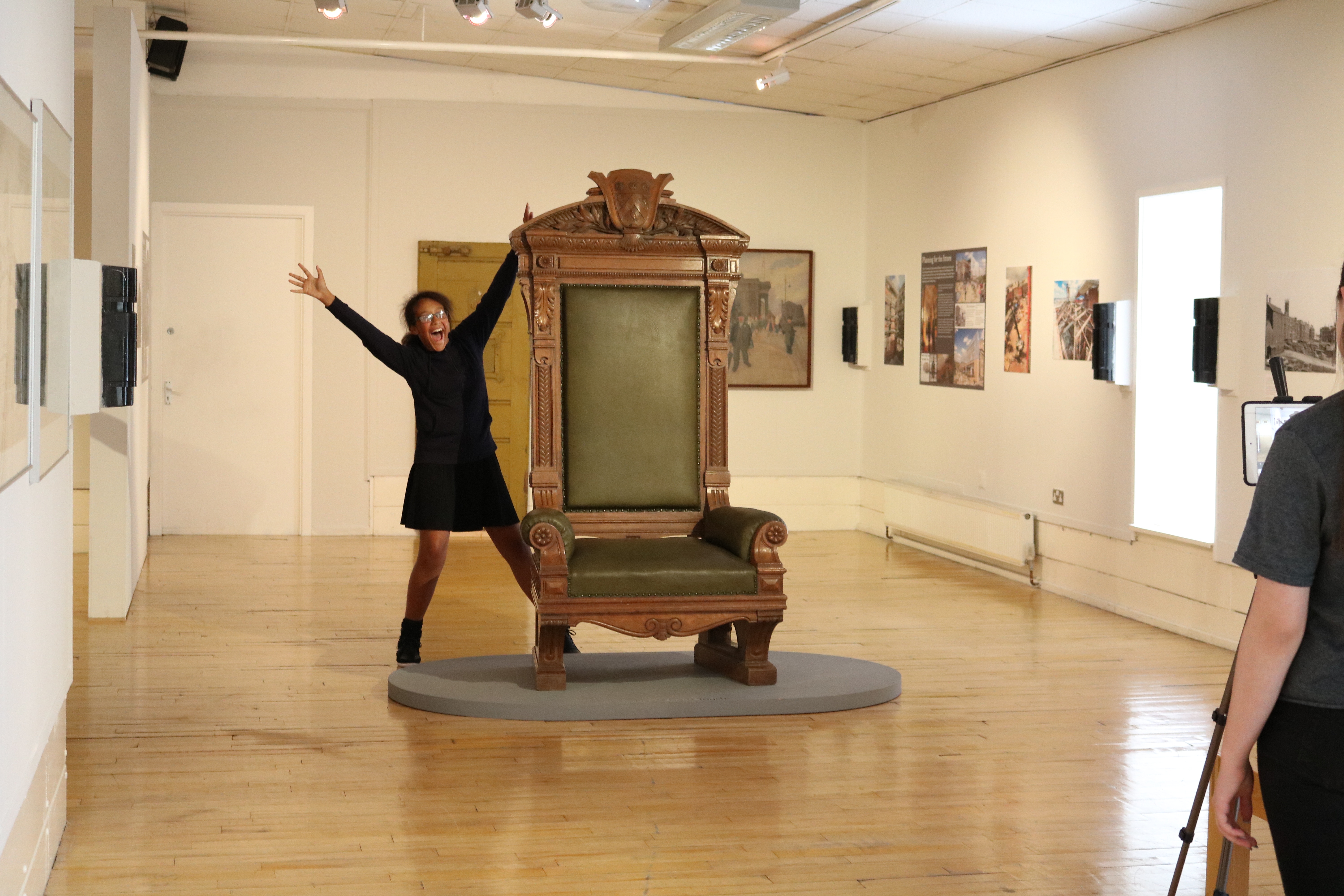 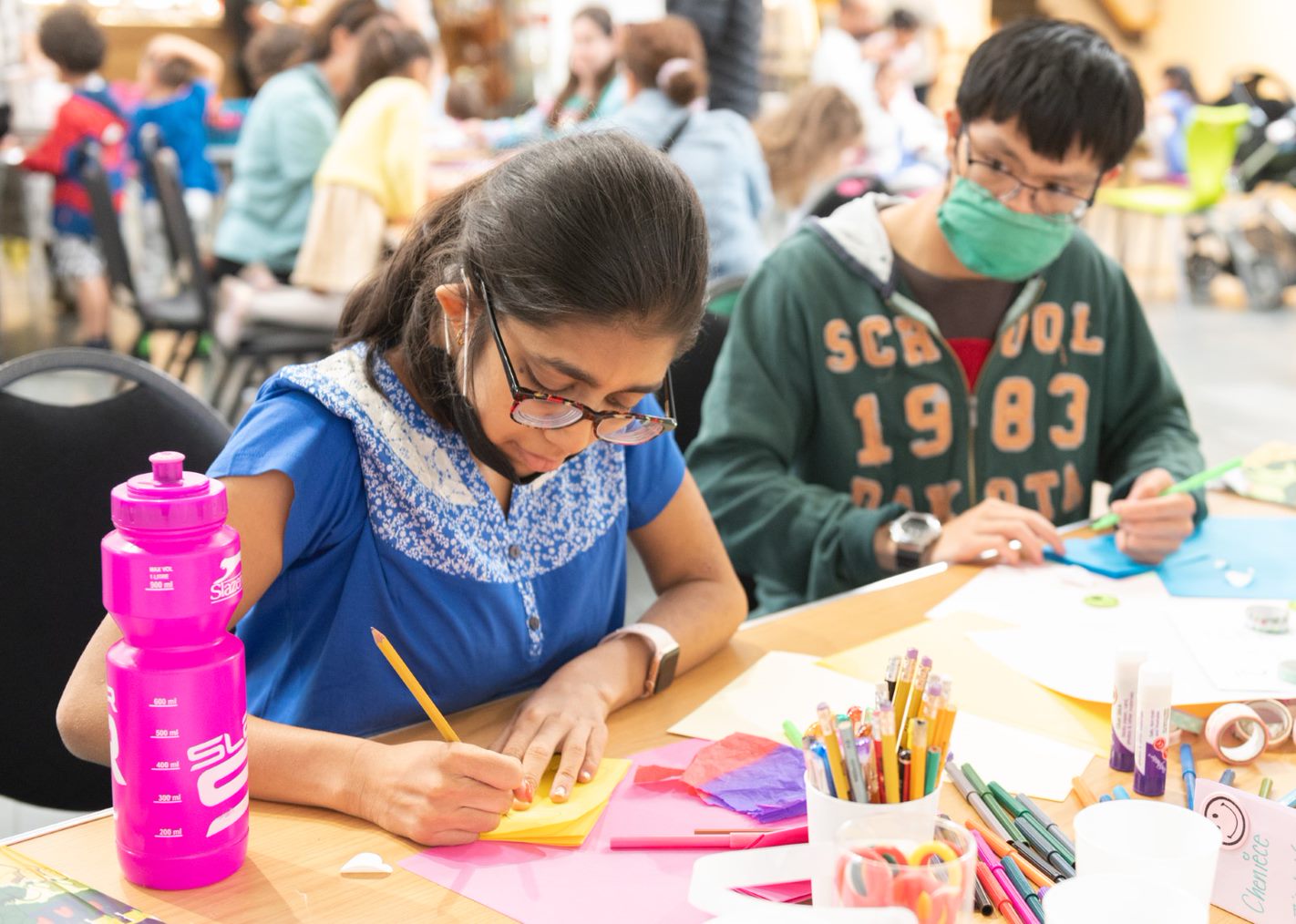