City College Norwich deliver Bronze and Silver Arts Award as a re-engagement programme for creative arts students who are in danger of becoming NEET. Advisers Becks Davenport-Randell and Natalie Stoten spoke to us about their delivery.

We became Arts Award advisers after recognising a need, within the creative art department, to support students who have been unable to complete the course they initially signed up for. These young people were caught in a difficult transition period, with no clear progression and often feeling a little lost, some of them in danger of becoming NEET (Not in Education, Employment or Training). We identified a gap in our provision and we wanted to retain these young people and provide them with a suitable full-time alternative that would develop their creative skills.

We designed a year’s programme of study around achieving both the Arts Award Bronze and Silver qualifications. We started the year with a carousel of workshops exploring a wide variety of art forms; including visual art, creative writing and performing arts. We deliberately structured this to give students a broader experience and understanding of the arts in general, and how their skills could be applied to the industry. This included working with local practitioners, HE lecturers, and local arts organisations/galleries. Our students felt that this presented them with a valuable opportunity to explore new avenues of creative expression.

Structure and support were an important part in the initial delivery of Bronze as the students came to us with their confidence a little knocked. By the time the young people moved onto their Silver Arts Award we were able to give them autonomy to explore what specifically interested them in the arts, and although, initially, some of them struggled with this independence, they all developed and refined their practice.

During Silver Unit 1 students decided upon which pathway they would explore. One of our students contacted a photographer working on a shoot for the front cover of The Evening Standard Magazine and gained valuable experience working as a photographic assistant. This student has subsequently applied for, and been successful, in gaining a university place.

Students had the opportunity to explore future artistic endeavours through a Creative Careers week, in which local and national organisations presented workshops and talks to raise aspirations. One of which was the Norfolk & Norwich Festival, and some of our students went on to volunteer with them, gaining valuable work experience to boost their CV’s.

For Silver Unit 2 the students decided to work on a collaborative project creating a zine around the theme ‘Inner Space’. They each researched and produced an article, whilst simultaneously taking on specific leadership roles and responsibilities. Some of the articles included; Dreams and their meanings, which included illustrations, Emotions through makeup, which explored self-expression verses perception, as well as an article on the impacts of technology and social media through emotive photographs and quotes. 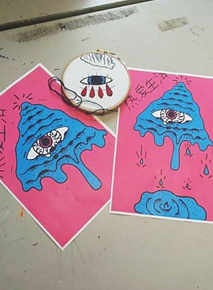 Working together on a collaborative project was a challenge for our young people and it tested their confidence and group working skills, but they overcame these difficulties to produce a cohesive and creative zine.

At the end of the year all our students curated and exhibited some of their work for the college’s end of year show.

The whole year was a learning curve for us. With the Silver Award we came to see that there was a clear distinction between Unit 1: Parts A and B and felt Part C better integrated into this. It came to our attention, and from feedback from students, that Part D felt like a separate entity and so we have acted upon this for next year’s delivery: continuing with Creative Careers week but also giving students additional time to explore their own pathway.

Another challenge was making Arts Award into a full year’s programme of study; we achieved this by extensively planning the year before we started. But we also recognised the need to be flexible in our approach and allow for organic change throughout the year where necessary.

All the young people who were identified to take part in the programme were retained, and have gone onto achieve positive outcomes. Three of the group have been accepted into university, and one is going to work as a freelance artist. Completing their Arts Awards provided a big boost of confidence for all the young people involved. For us one of the most rewarding elements of being an adviser has been seeing this growth in confidence, and in their engagement with others and the activities they participated in. 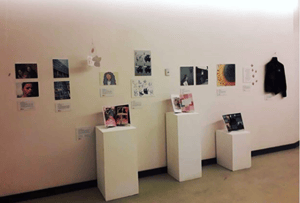 ‘When I first started the course, I wasn't sure how to go about starting a career as a photographer. Through my research I have opened up some avenues such as a late application for university. Being on the shoot with Elliott was a great experience for me and hopefully will help me in getting other assisting jobs. It taught me what it is like to be on a fashion shoot of that scale and also how a photographer speaks to models and works in a team to achieve a mutual goal.’ Isaac, Silver Arts Award achiever

Following the success of this year we plan to deliver Bronze and Silver again, with a few minor tweaks, and may even consider Gold if the opportunity presents itself! 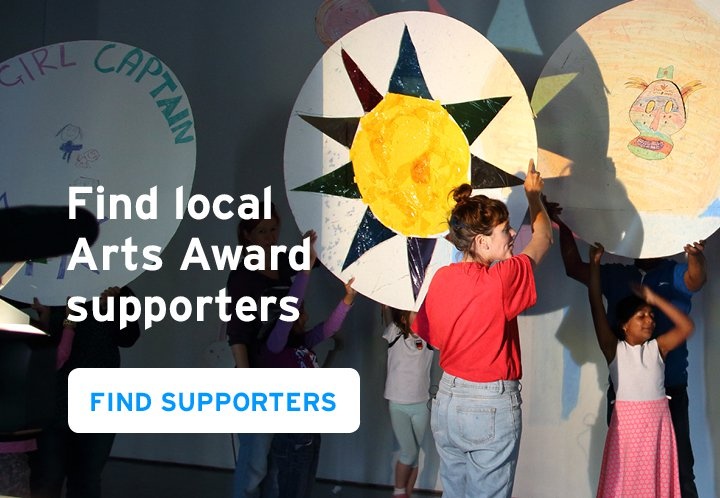 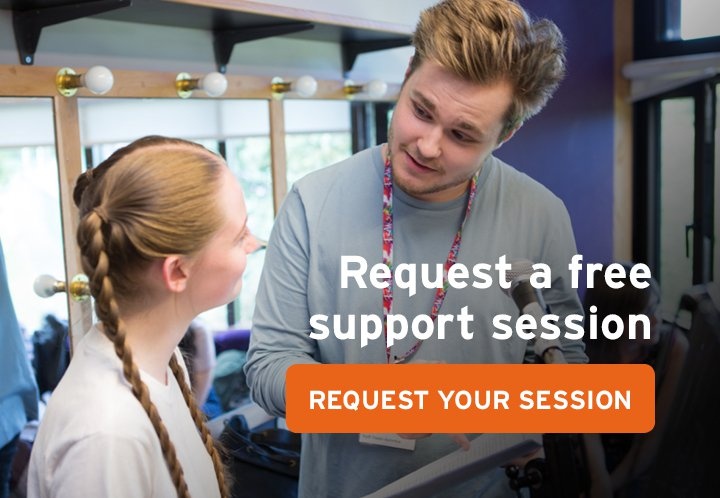